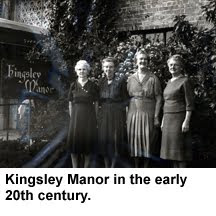 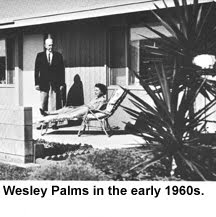 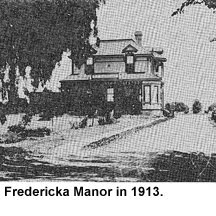 When my kids were younger they loved to collect souvenirs from vacations. Nothing fancy – rocks, pine cones, cracked shells, a photo that they drew of the motel room. They would bring them home and place them in a box. Every so often they would open the box and remember the trips we took and the circumstances of how they came about the different items. In a way, what they collected was their own personal history of where they had been. Now that they are older, each one has his or her unique fascination with history – something that I love because of my love of history.

To put it in the simplest of terms, I love history because I can literally study anything for the simple reason that everything has a history: ideas, wars, numbers, baseball (my personal favorite), musical instruments, countries, pencils, cars, rocket science and yes, even retirement communities. So when I came to work at Front Porch as communications director, I noticed that many of our retirement communities had long and storied histories.

In part one of this blog I thought I’d talk about a few of those communities and in part two a few others.

Let’s start with Front Porch’s oldest community, Fredericka Manor. Fredericka Manor was built in 1908 in Chula Vista, California. That would make it 103 year’s old. Of course the current and modern Fredericka Manor is nowhere near as old as the original structure from which it originated but nevertheless its historic roots run deep.

Constructed in 1908, the retirement community was built before Chula Vista, the city in which it’s located, became a city. Fredericka Manor was the dream of Emma Saylor, a turn-of-the-century business woman who with the generous support of ball bearing inventor Henry Timken created Fredericka Manor, a community with a warm, homelike atmosphere, with no hint of regimentation. It was one of the first of its kind because usually retirement communities (or old folks homes as they were called back then) were often very restrictive and structured. In a way, Front Porch’s philosophy that residents should live life their way, began more than 100 years ago at what would become a Front Porch community.

Now let’s move up the California coast to Pacific Beach, the home of Wesley Palms Retirement Community. In 2012 Wesley Palms will celebrate 50 years in the community. While not as old as Fredericka Manor, Wesley Palms has its own fascinating history. Named after 18th Century theologian John Wesley (which reflects its Methodist roots), the campus sits on about 35 acres near the top of Mt. Soledad, an 800-foot-plus peak that provides Wesley Palms residents an awesome view of Mission Bay, downtown San Diego and the Pacific Ocean.

The campus is home to plenty of mature landscape. In fact more than 150 varieties of trees and plants. Its landscape was inspired by Kate Sessions, the famed San Diego horticulturist and “Mother of Balboa Park.” When original owners Pacific Homes Corporation purchased 35 acres of lush real estate high atop majestic Mt. Soledad in 1962, Soledad Mountain Road (the first road built to lead to the top) was not yet built. So the Wesley Palms dedication ceremony took place at Kate Sessions Memorial Park, looking upward toward the Wesley Palms property. This proved to be prescient, because the architect who designed Wesley Palms certainly had Ms. Sessions and her beautiful Balboa Park firmly in mind.

A final note about Mt. Soledad itself … Mt. Soledad was the last home of children’s author Dr. Seuss. His widow, Audrey Geisel, still resides there in a home that includes an observation tower that is referred to as the Seuss house, by the locals.

Our final stop in part one of this blog is Kingsley Manor which is Hollywood’s oldest retirement community. It too will be celebrating an anniversary in 2012. When the land for the community was donated in 1912 by a group of German Methodists, it was surrounded by a quiet farming community lined with country roads and crops ranging from hay and grain to subtropical bananas, pineapples and oranges – not the Hollywood of today. The original four acres of land was soon dotted with hundreds of shade trees outside a tabernacle and bungalow that welcomed retirement community residents.

Founders Margaret and Conrad Ammann, local landowners and leading community members, felt a strong desire to fulfill the injunction, “Freely ye have received, freely give.” And by 1919, Kingsley Manor was officially in operation. As Hollywood soon began growing into the film and entertainment capital of the world, Kingsley Manor soaked up the town’s vibrant personality and cultivated a rich tradition and history of its very own. The mystique of old Hollywood will wash over you as you stroll through Kingsley’s stately ivy-covered brick buildings adorned with frescos, statuary and beautifully landscaped grounds.

Around the same time Kingsley Manor was built, the Nestor Company opened Hollywood's first film studio in an old tavern on the corner of Sunset and Gower. Not long thereafter Cecil B. DeMille and D. W. Griffith began making movies in the area as they were drawn to the community for its open space and moderate climate. In fact, DeMille’s daughter-in-law lived at Kingsley Manor for a time, among others who worked (and played) in old Hollywood.

In part two of my blog, I’ll continue my journey through the history of Front Porch communities and talk about two former luxury hotels along the California coast that were transformed into luxury retirement communities, two communities that sit on former military bases first opened at the height of World War II, and a retirement community in California’s Inland Empire that when it first opened in 1949 was “surrounded by black dirt, blacker mud and some orange trees.” Stay tuned.

—Mike Martinez
Posted by mlmartinez at 11:19 AM 7 comments